Safe, and with a new lease on life

It’s been a wild ride in the last few months. But the good news is:
I’m well. Finally.
After discovering that the last med, Saphris, was making me terribly hungry and causing me to gain weight rapidly, my pdoc took me off it. At this point I had a two-and-a-half year history of medications either not working, making me more bipolar, or severely aggravating my eating disorder. It seemed like I was going to have to pick being very bipolar or being very eating disordered. I was running out of medication options, or so it felt. Things were bad. Very, very bad.
But life had other plans for me.
The first week in September I got an email about “News on Bipolar Disorder” from a reputable health website. The link inside led me to another reputable health information website, where I found a list of mood stabilizers for bipolar disorder. But on that list I saw a drug I’d never seen before. It’s a migraine medication that in rare cases of bipolar disorder can act as a mood stabilizer.
Lithium and lamictal made my bipolar disorder worse. I don’t experience extreme elation. I cycle mildly multiple times within a day. I’m clearly a rare case of bipolar disorder.
So I did more research. With how quickly I cycle I’m considered to be “Ultradian cycling bipolar.” With how mild my elation is, I’m considered to be type-II bipolar. The more digging I did, the more I found that this particular med does nothing for people with type I bipolar but can help some people with type II bipolar, particularly if they are rapid-cycling. Ultradian cycling bipolar is the medical term for “rapid-rapid-cycling” bipolar (multiple mood swings in a day).
Also, this particular med seemed to have no incidence of weight gain. If anything, it caused weight loss.
So I marched into my pdoc’s office and said, “What are your thoughts on this med?” and he said, “At this point, can’t hurt to try.” So he sent me home with a script.
Three days later, my disabling, hopeless crying jags were gone. My giggling fits had dissipated. Five days later, my mood swings had stopped.
I was a normal person.
It was nothing short of a miracle.
It’s taken a few tweaks since, including adding another med to address some of the cardiac problems that have come up from this particular med. And we’ve also got me on an anti-depressant to make sure that everything’s completely covered and I’m stable.  But I learned one thing.
Personalized medicine matters. And I don’t just mean personalized attention.
It took me three days of research to find the med that matched up with my symptoms. Picking a med was three years of throwing darts at a dart board while blindfolded. Before we picked the last med I ran my list of meds against a database of gene targets for drugs. The drug I found that stopped my cycling targeted a particular gene. Nothing else I’ve been on targeted that gene. So when we picked the second med, we looked at meds that targeted that gene. And voila, the med worked!  We got it right the first time!
Likely, I’ve got a problem with this one gene. In the future if we need to tweak my meds, now we can start with meds that target that gene. And we don’t even need to do a genetic test. We’re not shooting blindly anymore. 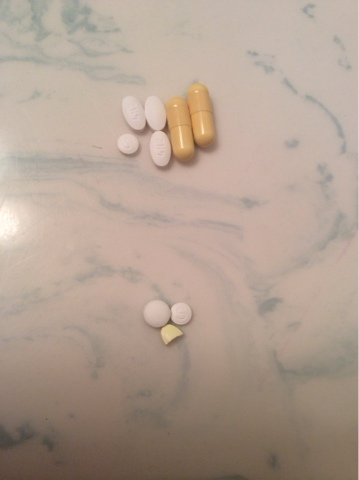 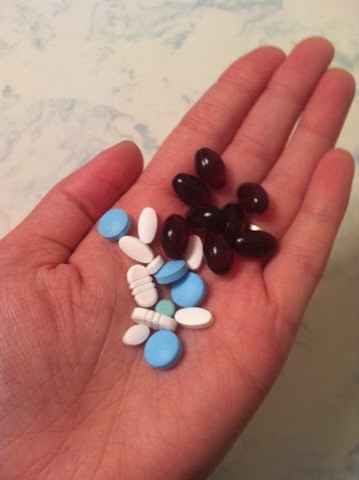 Is it any wonder I was sicker then?
I can't say I'm cured. I still have down days and up days, and they're more down nd up than the normal people I know. But it's not crippling anymore.
Amen for personalized medicine.
Posted by Unknown at 11:58 AM 6 comments: